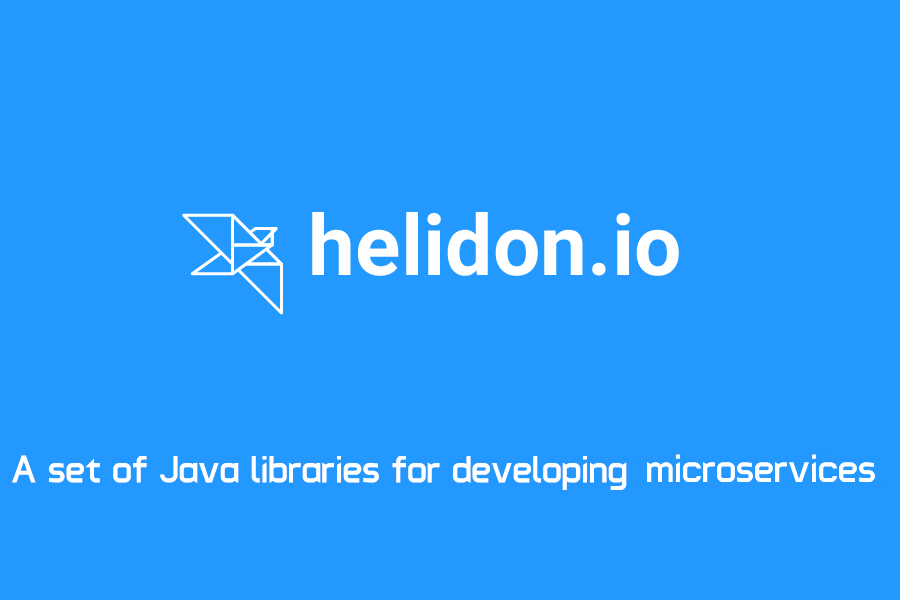 Microservices Architecture alias Microservices is an architectural style that structures an application as a collection of services. Each service can either be focused on a business capability or a subdomain which are independently deployable and testable. Since every service are loosely coupled modules, they are highly maintainable and can be owned by a small team. We can define an architecture that structures the application as a set of loosely coupled, collaborating services.

Helidon is a Java based microservice framework initially developed by Oracle which implements MicroProfile 1.1 standards. It has been recently open sourced by Oracle. Helidon is just a collection of Java libraries designed to be simple and fast for creating microservices based applications. These libraries, although can be used separately from each other, when used together would help the developer to create the foundation of a microservice, configuration, security and a web server.

Helidon SE is simple, functional, lightweight microframework that supports the reactive programming model. It used JDK as its runtime.

Helidon MP is an eclipse Microprofile implementation similar to Java EE/Jakarta EE which allows the user to run microservices in a portable way.

Helidon SE Components are Config, Security and RxServer. Helidon runs on an asynchronous and reactive web server on top of Netty (a client server framework).

Helidon can be started by configuring the Helidon bom-pom in a Maven Project with Java 8 or higher.

Helidon SE is the base to build lightweight reactive microservices.

A Hello World implementation which creates an Eclipse Microprofile and a runtime for microservices are given below.

The above program can be started by using the code below

CDI injections can be triggered in this project by creating beans.xml file in the src/main/resources/META-INF directory.

The above configurations would start a webserver on the default port (7001) and can be accessed via the endpoint ‘/hello’.

Originally Helidon was developed as an architecture for cloud integration and was then called as J4C (Java for Cloud). More Helidon components are still in development and will be open sourced in near future. These light weight java libraries based on Java SE can be preferred over other Java EE based microservices for a wide variety of projects of all sizes.